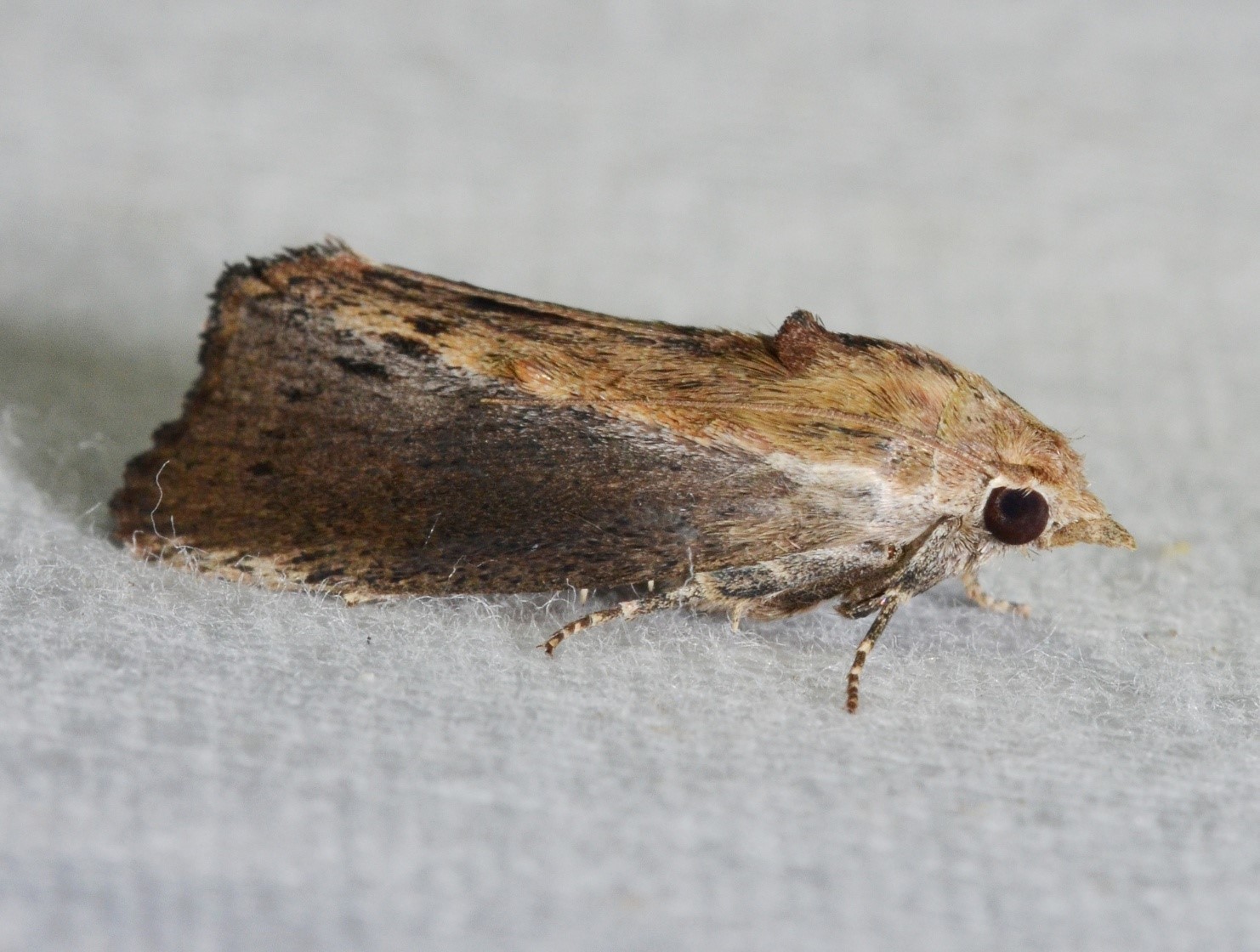 A moth is not a very pleasant creature for a person. Especially the one that lives in closets and eats things mercilessly. The moth, which lives in nature, also has a not very good reputation. For example, such a specimen as a large wax moth spoils the beekeepers ' harvest. Its larvae settle in hives together with bees and eat honey, wax, destroying all bee labor. But scientists have found a very big benefit from this type of moth.

The giant moth that loves packages

If you compare it with the usual dress moth, which we are used to, the wax moth is a real giant. In length, its body grows to almost 4 cm, while the usual moth is no more than 8 mm in size. A real giant that is spread all over the planet. One caterpillar can damage a hundred bee cells in its lifetime. Beekeepers try to get rid of these winged pests.

But as it turned out, this moth likes not only products produced by bees. In 2017, scientists discovered that the insect feeds on polyethylene and digests it perfectly. This is the first creature on the planet that has managed to do this. Everything happened spontaneously. Biologist Federica Bertocchini breeds bees at home. While cleaning the hives, she noticed a wax moth and collected the specimens in a separate bag. After a while, the bag was all holed, the caterpillars made holes in it, because they ate it.

It was decided to check whether this is really the case, and how the caterpillar's body behaves later, whether it digests polyethylene. All the collected caterpillars were put in a container and fed only in bags. What the biologists saw surprised them very much. The caterpillars of a large wax moth, and there were 100 of them collected, ate about 100 mg of polyethylene in just 12 hours. Scientists compared them with special bacteria that destroy this material and made an interesting conclusion — the caterpillars cope faster and more efficiently.

The caterpillars do not suffer at all from such food, they digest it perfectly. In the body, polyethylene is converted to ethylene glycol. This substance has no smell or color, it tastes sweet, but the composition is poisonous. But the caterpillars don't care.

The pupae of a large wax moth were also drawn into the experiment. The pupae just lay on the plastic, and after a while a hole appeared in it. The cleavage enzyme exited through the pupal integument and dealt with the package. It turns out that the structure of polyethylene is very similar to beeswax, so the caterpillars so easily cope with it and eat it. It remains to find out what is in the body of these caterpillars that helps them to break down the material. Perhaps it's some kind of bacteria or a whole set of enzymes.

After all, such caterpillars have a huge benefit. Let's remember what a problem in the environment because of plastic and bags, and this packaging is very popular and still humanity has not abandoned it. If the caterpillars of the great wax moth help us get rid of the packages, the planet will be much cleaner.