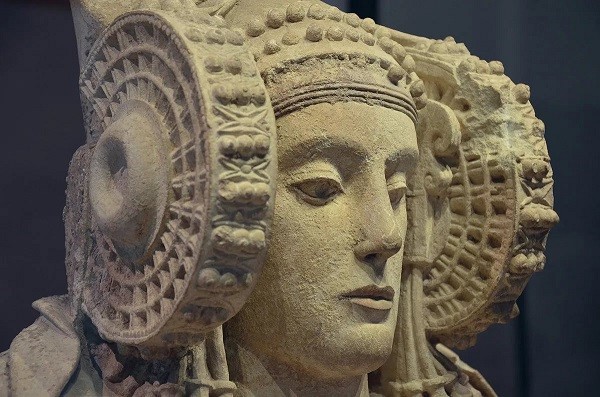 The Age of Genius: VI century BC

In the history of mankind, we can distinguish those periods that have largely determined the future for thousands of years to come. Such, for example, was the XX century, we just do not yet know to the end what it will turn out for us. However, with the VI century BC, everything is more or less clear. This was indeed the age of geniuses who determined the future development, and our modern life is largely based on their ideas.

Of course, mankind has always had enough geniuses. But here is how in this very VI century, so that in the entire civilized world, and even with thousands of years of consequences, this still happens rarely.

And that's how it was, from China to Greece. And all the famous people at that time are still well known to us, and one of them even received the divine status, and another — semi-divine. I think we'll go from east to west and start with China.

This country has always been distinguished by thoroughness. And in the VI century, two geniuses were born there at once: Confucius and Lao Tzu.

Confucius was born in 551 BC, in the very middle of the century. He is the creator of the doctrine, which for the first time outlined the principles of social structure, which are still used today. Such as the principle of meritocracy: people should have access to power and decision-making not by origin, but by ability.

This idea in Confucius was derived from his own postulate of Jun-tzu-about a person who became noble not because of his origin, but because of his moral principles. And the most important thing was the principle of justice. It was a revolution for the time. And even now, all these provisions sound very topical. It is no accident that Chinese schools hold Confucianism classes, and the image of Confucius adorns the courtroom of the US Supreme Court.

In the same VI century, another genius was born in China – Lao Tzu. Almost everyone has heard about Taoism in one way or another. This philosophical system is not focused on man and society, as in Confucius, but on the entire universe at once, including the inner spiritual life of man.

This is a very complex system, but it also has relevant points to date. Lao Tzu was actually the first to apply dialectics and to consider all processes in natural development, and he argued that any attempt to forcibly interfere with this process can be disastrous. It is funny that over time, Taoism became, in fact, a religion, and Lao Tzu himself received a semi-divine status.

It is interesting that Confucius and Lao Tzu were not just contemporaries, but even met and talked once.

However, historians say that they did not like each other and did not get along very well.

Everything is quite simple here. On the May full moon of 563 BCE, a boy was born to Raja Shuddohana, Sidhartha Gautama, who is still known as the Buddha.

Until he was thirty, he lived like a self-respecting Indian kshatriya, and then suddenly he gave up everything and went to wander the roads of India and propagate his teachings. There are many versions of why this happened, and they often contradict each other. It didn't matter what had prompted him to do it. The consequences are more important.

And the consequences are simply global. Buddhism today is one of the three world religions. It should be noted here that the Buddha himself would have been very surprised at this result. He created a philosophy, not a religion. Moreover, the question of whether God exists was one of the six questions he refused to answer.

But that can't be changed. Man managed to create a philosophical teaching that became a religion for millions of people, and he himself became a god for them.

Zardusht, Zarathustra, Zoroaster – this name is also known to many. He also lived and worked in the VI century BC, in the first half. There are other hypotheses about the time of his birth, but today this is the most reasonable.

He is known both as the ideological inspirer of the philosopher Nietzsche, and through his philosophy and Hitler, and as the creator of the still existing religion, Zoroastrianism (Mazdeism). This religion, however, is not very common in our time.

But what is important is that the teachings of Zarathustra are the first monotheistic religion in history. It was the first time that the idea of a single creator God was clearly expressed. Even Judaism at that time did not reach this level.

It is not clear whether the Lydian king Croesus, who ruled in the same VI century BC, can be called a genius? Hardly ... although, probably, you can consider him a brilliant financier or a great economic manager. One of its innovations is still in effect and is unlikely to cease to function in the foreseeable future.

He introduced a monetary system. No, money, of course, existed before him, but he was the first to standardize it all. It was he who introduced the state monopoly on the minting of coins, established standards for the content of precious metals in the coin (98% gold or silver) and introduced the state guarantee.

It is from this moment that we can begin the history of money as a universal system of exchange.

It was in this state in the VI century BC that all modern science was born. This is due to one famous Greek-Thales of Miletus. His services were recognized during his lifetime. In ancient Greece, he was considered the first of the "seven sages" who founded the entire Greek philosophy. This was once mentioned by both Plato and Aristotle.

Thales of Miletus also lived and worked in the sixth century BC. He is credited with a great deal of merit in both astronomy and mathematics. Well, of course, not just attributed: one of the theorems he developed is still included in school programs in geometry all over the world.

But that's not even the point. Pythagoras lived in the same century, but he is not called the creator of science, despite all his great achievements. But the Milesian is called.

And the fact is that this person was the first to formulate the principle that the basis of everything is matter and that it is possible and necessary to know the world through the study of matter. And this is exactly what all science is based on.

By the way, but all these geniuses were contemporaries, and if you dream up, you can imagine their meeting. Can you imagine a conversation between Confucius, Lao Tzu, Buddha, Zarathustra, and Thales of Miletus? That's someone who would be interesting to listen to.

This was the VI century BC. An era that has largely defined modernity.