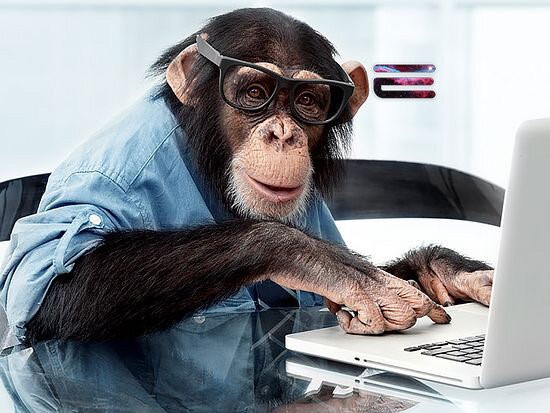 Why did the monkeys, who learned to communicate with people, not ask them a single question

The animals around us can do a lot of the smart things we do. They can use tools for different tasks, solve problems and communicate, be curious, unite, plan for the future. In addition, most animals experience various feelings: loneliness, fear, joy, pride, and so on.

We trained monkeys to use sign language to teach them how to communicate with humans. With it, they can answer questions, express their feelings and even thoughts. One of the most striking examples is a gorilla named Coco, whose IQ was about 95! Coco learned about 2000 English words, and with the help of sign language, she easily communicated with people, expressing everything that she wanted. However, during the entire time of communication with the monkeys, none of them asked a single question.

This by no means means that monkeys are not curious. It just goes to show that the monkeys don't think there's anything we can know about that they don't. This may indicate that monkeys do not have a theory of mind.

The theory of mind is the understanding that different people have different minds. The other person may have information or knowledge that you don't have. Understanding this gives a person a powerful boost in development. But people aren't born with a theory of mind right away. There was an experiment that allowed you to find out when a child will develop a theory of mind for the first time, it was called the "Sally and Ann Test".

During the experiment, the scientists tell the children a story about Sally and Ann. Sally has a basket, Ann has a box. They are given candy. Sally takes the candy and puts it in her basket, then leaves the room. While Sally is out of the room, Anne goes to the basket, takes out a candy bar, and puts it in her box. When Sally returns to the room, the scientists ask the children: "Where will Sally look for her candy?»

It was obvious that Sally would be looking for her treat in the basket, because she didn't know that Ann had put the candy in the box while she was gone. But children under the age of four will claim that Sally will immediately look in Ann's box, because that's where the candy is. The children saw that the sweet was hidden, they have this information, so why doesn't Sally have the same knowledge? Young children do not realize that their thought process and the information in their head is different from the information that Sally has. Similarly, apes who are able to communicate with us do not allow the possibility that we can know what they do not know.

We are all very limited in our perception. No one on Earth looks at the world completely objectively. We are locked in our consciousness behind the huge walls of our Qualia. We can agree with you that sunsets over the ocean play with amazing and beautiful colors, but I will not be able to get into your mind and see exactly what colors you see when you look at the sunset,and what you experience. However, I can ask you about it. So ask questions more often. Questions always lead to something new, and answers always lead to new questions.