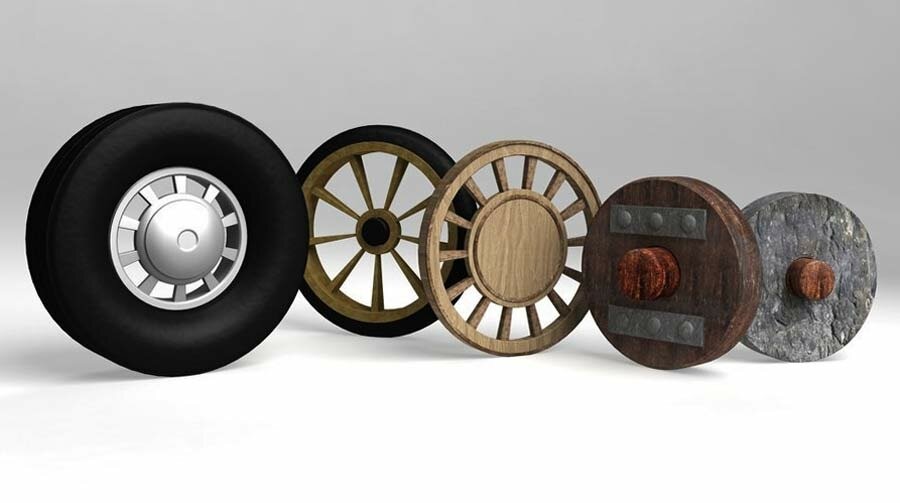 Why don't wheels exist in nature?

As you know, most of the significant inventions of mankind are more or less peeped at by nature. Nature is so rational that all the solutions that can be seen in the world around us are the most optimal and simple.

However, one of the greatest (if not the greatest) inventions of mankind-the wheel-does not exist in nature, at least not explicitly. Or does it still exist?

You should immediately indicate that the wheel is not a ball. Spherical examples in nature are found all the time: from viruses and microorganisms to giant stars. In addition, it is only an external form, and not a means of movement.

Apparently, the wheel is purely human and one of the most ancient inventions, which is at least seven thousand years old. Moreover, it is believed that the first wheel appeared on the territory of modern Europe. The indigenous peoples of Australia and Africa did not know anything about the wheel before the arrival of Europeans, and some American Indian tribes (the Incas in particular) came close to its invention, using wooden rollers.

If you think a little, you can come to the conclusion that in nature, the wheel as a means of transportation, that is, the engine, is impossible in principle. What makes a wheel a wheel is not its shape, but, above all, its connection to a fixed axle. It is the absence of a rigid connection that allows the wheel to rotate, being located on a stationary platform.

No living organism can provide such functionality. All living organisms move using muscle contractions, and in the case of a wheel, it is simply impossible to provide a connection between the moving and stationary parts with the help of tissues. In this case, the body would need to provide a supply to the mobile part of the nerves, nutrients, etc.

So no living organism can ride through forests and meadows on a wheel or swim in the ocean, turning a screw.

Probably, in nature, you can find examples that at least roughly resemble a wheel, but these examples are extremely few, and all of them will not have the most important property of a wheel-the connection of moving and stationary parts.