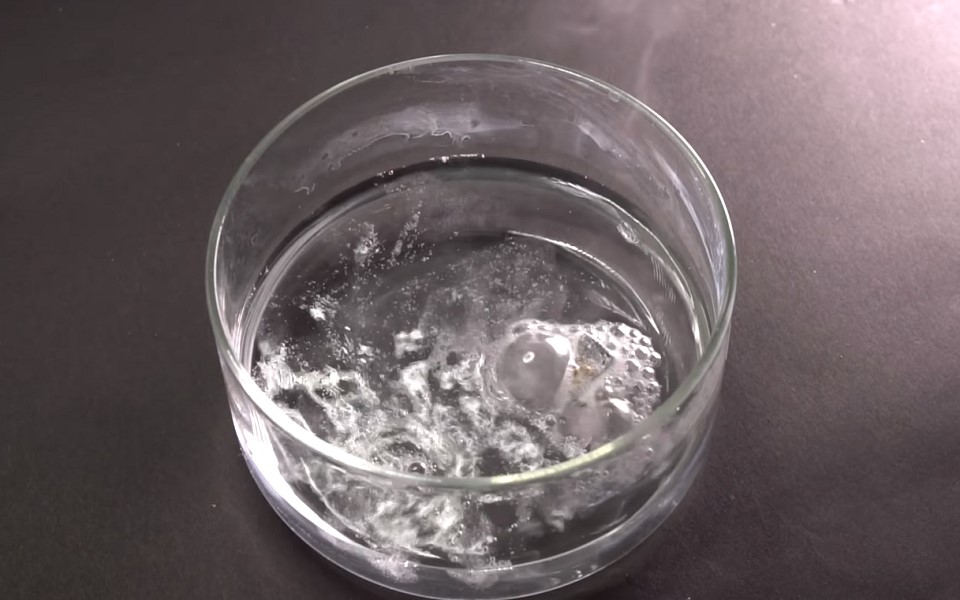 It doesn't sink in the water… What metal is so light that it can float in any liquid?

Of the 118 elements presented in the basic chemical table, started by Dmitry Mendeleev, more than 90 elements belong to metals. This circumstance allowed us to compare and analyze their properties and characteristics.

Long-term experiments have shown that metals are strikingly different from each other. This allowed scientists to divide them into local groups, substances in which have similar characteristics, and therefore can be used in certain conditions.

In addition to alkaline, light, alkaline earth metals and those that belong to the groups of lanthanides, actinoids and semimetals, there are transition metals. But even those that are in adjacent groups sometimes have similar properties.

In water, lithium does not sink, but, like all alkalis, it reacts

Thus, light metals include 7 elements: Al, Ga, In, Sn, Tl, Pb, Bi. But on the basis of hardness, density, melting or boiling point, as well as electronegativity, some metals can compete with "athletes", for example, scandium, strontium and lithium.

This comparison, of course, is not perceived by chemists, but for those who are engaged in chemistry at the amateur level, for the" lightness factor " you can take the density of substances and see which metal is really the lightest on the planet.

So, the density of strontium is 5.7 g / cm3, in scandium this indicator is much lower-2.99 g/cm3, aluminum is even lighter, it takes 2.7 g/cm3. Looking at this characteristic of each metal, you can find that the smallest in density, and therefore light, is lithium.

A little bit about the winner

The density of lithium is 0.53 g / cm3. This value is almost 2 times lower than that of ordinary water, which is not supersaturated with various isotopes. From what even a large piece of this metal with sides of 5x5 cm will not weigh 50 grams. For comparison, about the same amount of iron would weigh about 700 grams, which is 14 times more.

Unlike the participants of the "race", lithium is cut much worse. But in the first minutes after breaking the integrity of the piece, you can see a metallic sheen, which fades in seconds, reacting with air. During the interaction with O2, nitride and lithium oxide are formed.

The density of lithium is small, it can be compared in density to a dry branch. Therefore, in any liquid, even a fairly large piece of metal will float.

If you compare 1 gram of lithium and a gram of the densest metal osmium, you can clearly see the difference. A gram of lithium will be much larger, about 40 times. Therefore, the density of solids can be compared even in appearance.

Lithium, a member of the group of alkali metals, interacts with water. Bubbles appear on the surface — hydrogen, which can be ignited. It turns out quite a fascinating sight: floating metal that burns with a scarlet flame right in the water. Exactly the same bright and active lithium burns in the air.

It is used in lithium batteries in the form of cobaltate, adding impurities of other additives. The application area was determined by the electrochemical characteristics. Such a battery produces a large voltage. However, due to the high price, scientists are looking for an equally effective analogue.