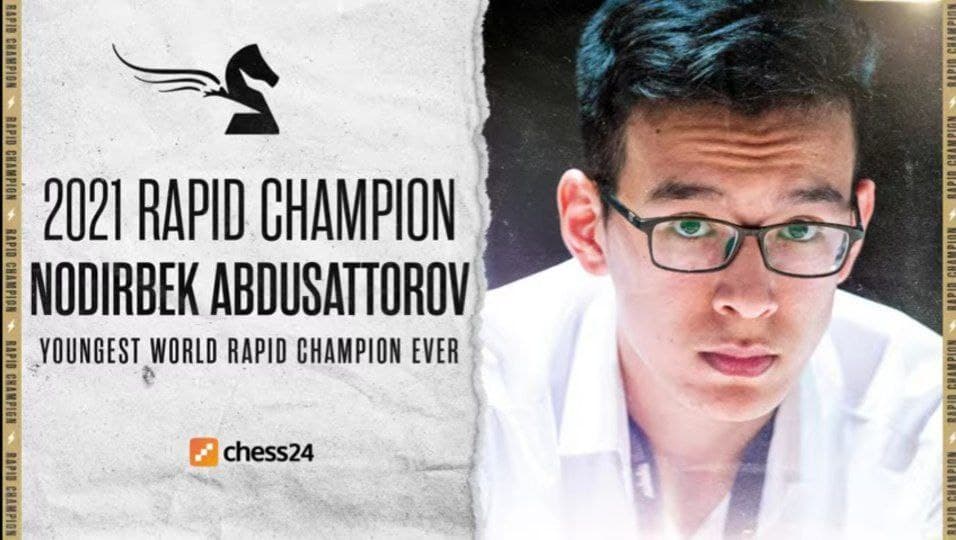 It is worth noting that after 13 rounds, 4 chess players scored 9.5 points. In such a situation, a tie-break was resorted to to determine the winner. And at this stage, Abdusattorov was lucky with his rivals, having written his name into the history of chess.

For reference, Nodirbek Abdusattarov was born in 2004, when Rustam Kasymdzhanov won the World Championship in classical orienteering.

The National Olympic Committee of Uzbekistan congratulates the young grandmaster and his relatives, officials of the Chess Federation of Uzbekistan on this success.