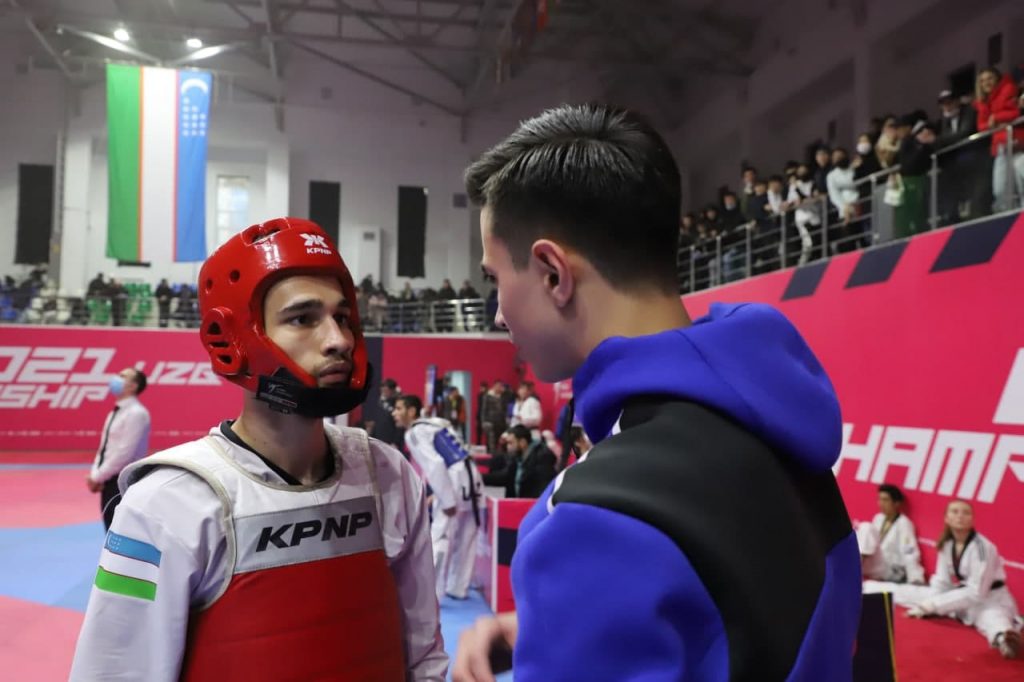 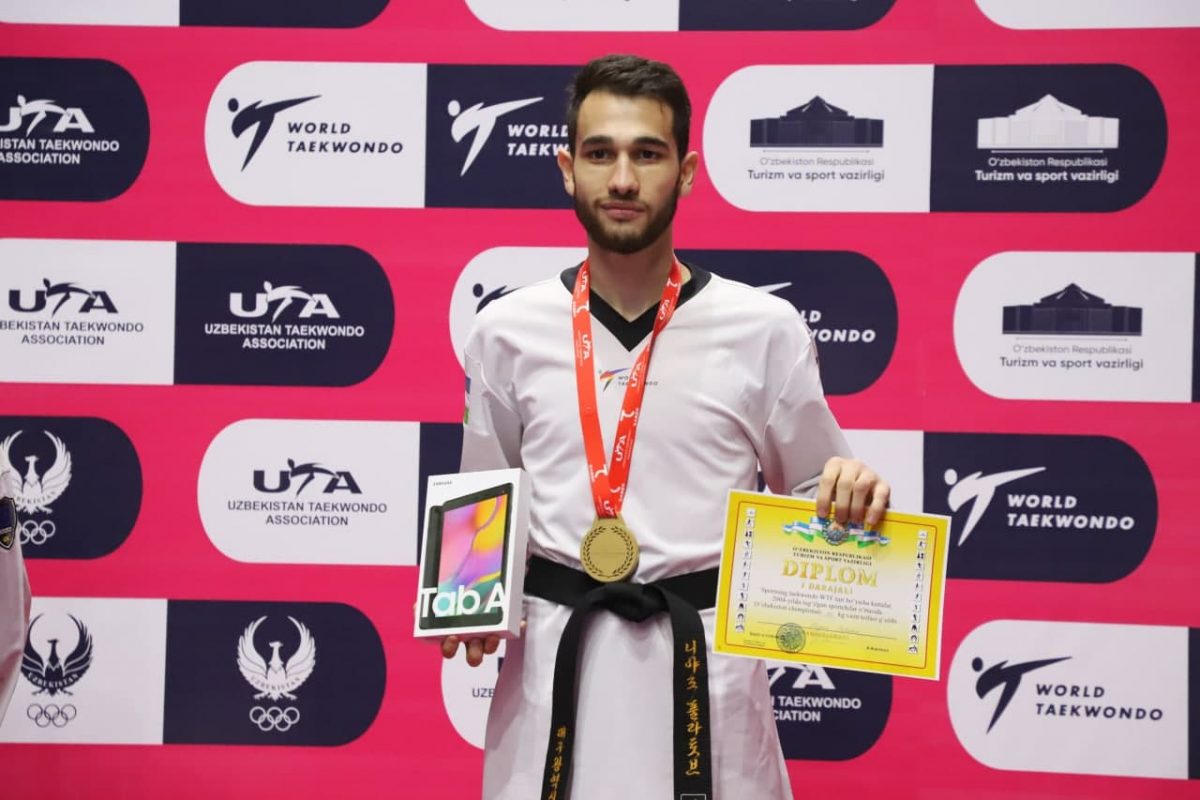 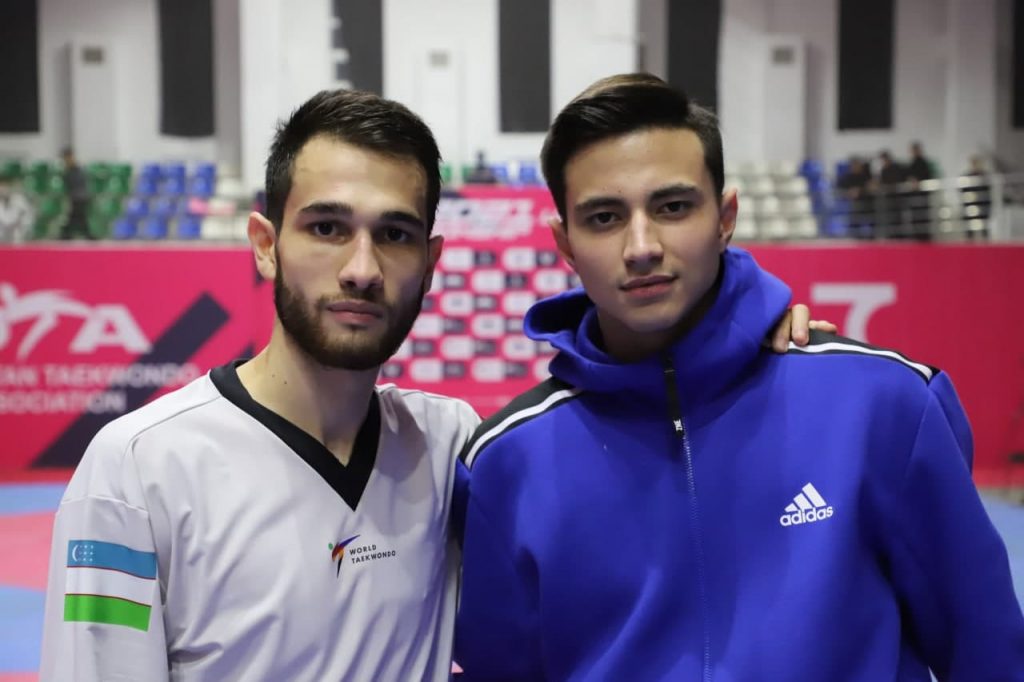 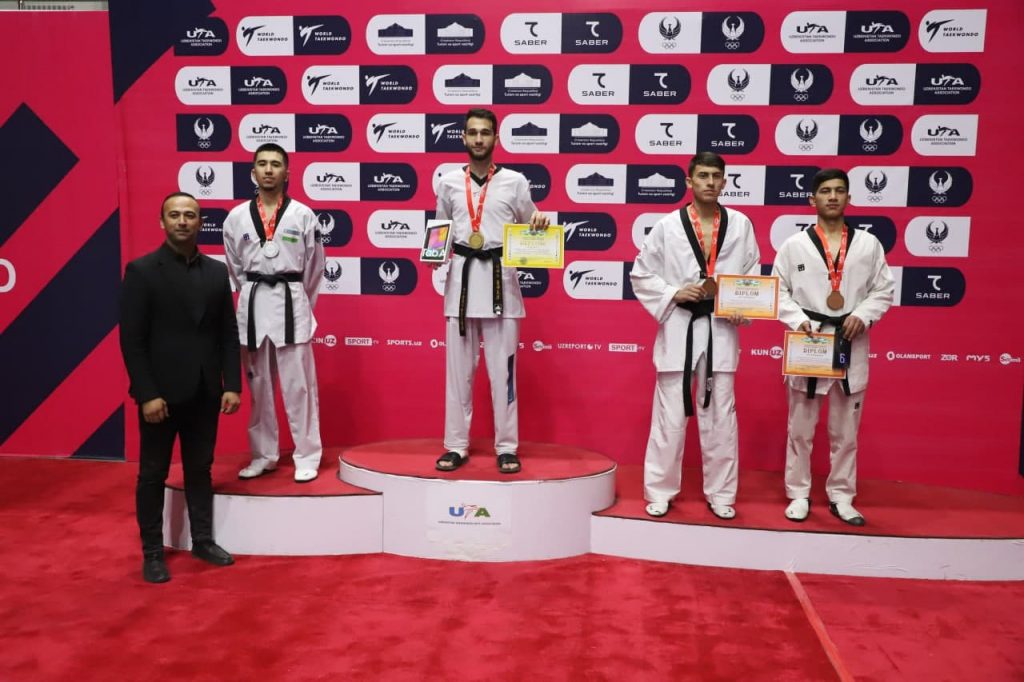 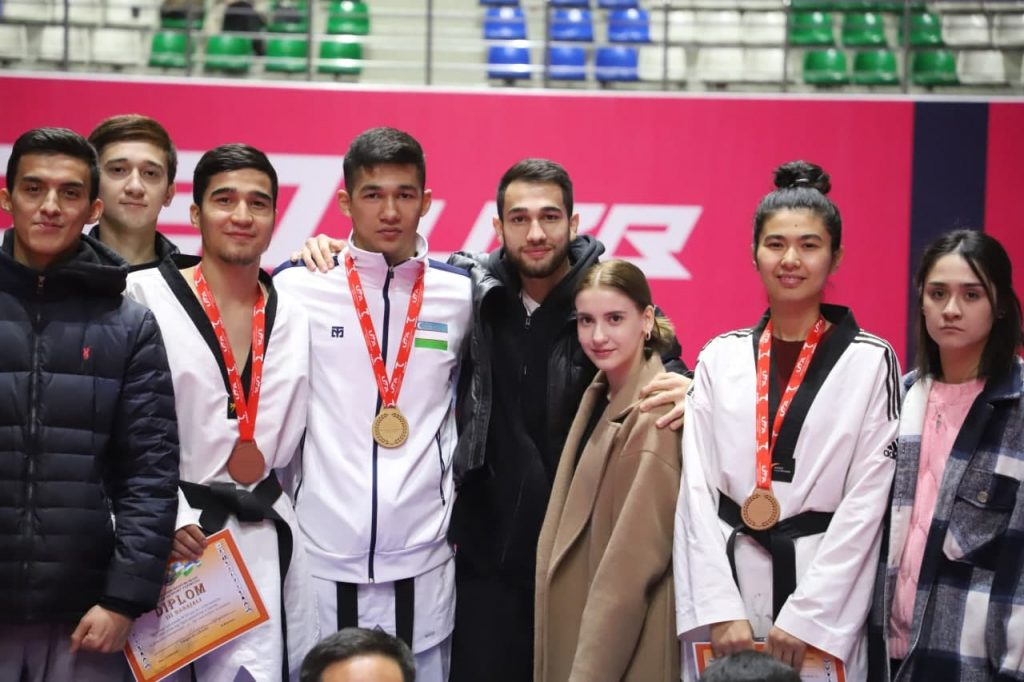 Behind the Uzbek Taekwondo Championship WT. We bring to your attention an interview with a talented athlete Niyaz Pulatov, who once again rose to the highest step of the podium:

– How does the national championship this year differ from the previous ones?
– The last championship was memorable in many aspects. I got married recently. This time, my family came to watch my fights and all my close friends supported me in all the meetings. Therefore, I had no right to be defeated. And during the day I wanted to make them happy, and in the end I achieved my goal. Thank them for that.

– Will you continue your activity at the same weight?
- Yes, and I will continue to participate in the weight up to 63 kg. Next year we have such major tournaments ahead of us as the Continental Championship and the Asian Games, the world Championship. My goal is not just to take part in these competitions as part of our national team, but to return to my homeland with a gold medal.

– During the competition, we witnessed how the Olympic champion Ulugbek Rashitov, although younger than you in age, became your second. Of course, many expected to see your coach Pavel Khan or another coach in this role.
- Pavel Khan became the head coach of the National Taekwondo Team WT. Therefore, the fact that this person trains me in combat would be a little disrespectful to my rivals. Then my friend Ulugbek came to the rescue, we have been together since childhood. At the training camp, we live in the same room with him, we can understand each other at a glance. We are close enough to understand what we mean by gestures. He helped me a lot at the Republic Championship .

– Do you think a good coach will come out of Ulugbek?
– He will make a great coach. There is a saying in our field that a good athlete cannot become a good coach in the future. But it's not for everyone. In particular, and not for Ulugbek. Most of the tactics he used with me in battle have passed. He knows very well how to work with an opponent.

- Thank you for the conversation, good luck in your future activities.
- Thank you. I would like to take this opportunity to express my special gratitude to the media representatives who share our successes with our people, our Federation, the NOC and the Government, which creates all conditions for us.

For information, Niyaz Pulatov this year married a representative of the Uzbekistan national rhythmic gymnastics team, a famous athlete Sabina Tashkent. In turn, we also wish happiness to this young family.