OF THE CABINET OF MINISTERS OF THE REPUBLIC OF UZBEKISTAN 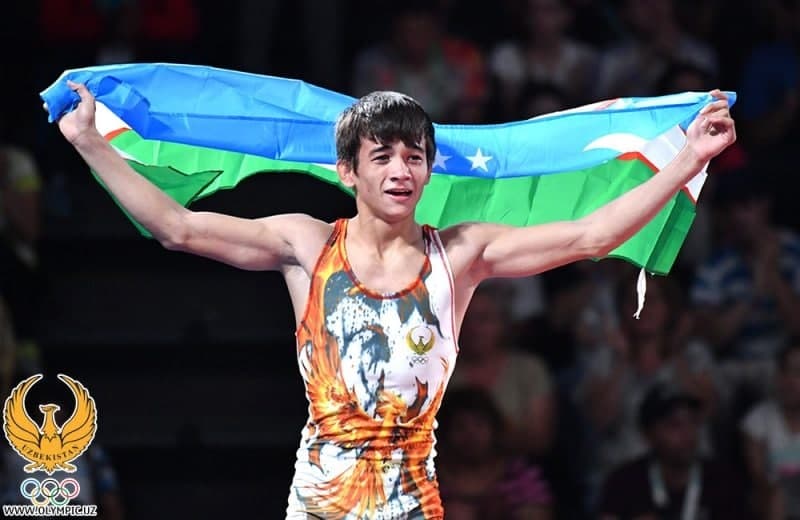 On September 28, 2019, the sports delegation of Uzbekistan met with the delegation of the Olympic Council of Asia in Doha, Qatar.
Participated in the 73rd meeting of the Executive Committee.

The sports delegation of Uzbekistan held a number of meetings with the President of the Olympic Council of Asia, Sheikh Ahmad al-Fahad Al-Sabah, and members of the Olympic Council of Asia. It discussed the issues of holding the IV Asian Summer Games among Young people in Uzbekistan in 2025 and the XXI Asian Summer Games in 2030.

Also, in accordance with the agenda of the executive committee, a 10-minute presentation on the IV Asian Summer Games among Young people in 2025 was held in Tashkent.

After the presentation on the holding of the IV Asian Summer Games among Youth in 2025 in Uzbekistan, all conditions were created,
in particular, taking into account the ongoing work on preparing the necessary sports infrastructure for this international competition, the Olympic Council of Asia agreed to hold this prestigious event in Tashkent.

In addition, an application was accepted to host the XXI Asian Summer Games in Uzbekistan in 2030
. It was announced that the issue will be considered at the next meeting of the Olympic Council of Asia, which will be held in 2020-2021.

The Asian Summer Youth Games are held among athletes aged 14-17 from 43 foreign countries, with at least 9 sports.

Raising awareness of guests, developing the country's infrastructure, developing tourism in Uzbekistan through the 2025 Asian Summer Games among Young People, the country's brand image, and information about the country
and attracting investment, as a result of improving the image of not only the capital, but also the regions of the country, will have a positive impact on the internal image of the country.

At the same time, the country's existing opportunities for the development of physical culture and sports, the creation of a unified sports infrastructure that fully meets international standards, are not fully used. In particular:

first, the sports infrastructure, which after independence and to this day can meet international requirements
(including the Olympic village) has not been created;

secondly, due to the lack of logistics and transport infrastructure that meets international requirements for holding major international complex competitions, the Asian Summer and Olympic Games in Uzbekistan
are still not held.

In order to prepare for the holding of major prestigious international sports competitions in the Republic of Uzbekistan, the Cabinet of Ministers decides::

Below are the following:
The program of activities aimed at creating the appropriate infrastructure for organizing the IV Asian Summer Youth Games 2025 in Uzbekistan (hereinafter referred to as the program) in accordance with Annex No. 1;

To approve the composition of the republican working group on the implementation of the program of measures aimed at creating a decent infrastructure for the organization of the IV Asian Summer Games among Youth in 2025 in Uzbekistan (hereinafter referred to as the working group), in accordance with Annex No. 2.

Determine the main directions of the program:
Implementation of organizational issues for the IV Asian Summer Games among Youth in 2025 in Uzbekistan (hereinafter-the competition) ;

study of existing sports facilities in the republic, logistics, transport and hotel infrastructure for competitions and preparation of proposals for the construction of new ones.

Working group (A. A. Abdukhakimov):
the solution of organizational issues for the competition
and let it solve efficiently;

Coordinate the activities of the responsible ministries, departments and public authorities in the field for the full implementation of all activities provided for in the program;

analysis of the results of the studied international experience
and effectively use it in the organization of competitions;

The following are listed:
expenses related to the organizational issues of the competition are carried out at the expense of budget funds allocated to the National Olympic Committee of Uzbekistan, funds from foreign investors, sponsorship donations from individuals and legal entities, and other sources not prohibited by law;

The Ministry of Finance of the Republic of Uzbekistan until 2025 prepares applications for competitions, makes contributions, a security deposit and transfers funds for the promotion (advertising) of competitions in Uzbekistan to the Olympic Council of Asia
budget allocated annually to the National Olympic Committee of Uzbekistan
and at the expense of foreign investors.

The Ministry of Foreign Affairs of the Republic of Uzbekistan, in accordance with the requests of the Ministry of Physical Culture and Sports, if necessary, issue visas to representatives of international federations (associations), Asian federations (associations) and the Olympic Council of Asia for Sports at the Islam Karimov Tashkent International Airport without charging consular and other fees.
Control over the implementation of this resolution is entrusted to the Deputy Prime Minister of the Republic of Uzbekistan for the Development of Tourism
, Chairman of the State Committee A. A. Abdukhakimov.